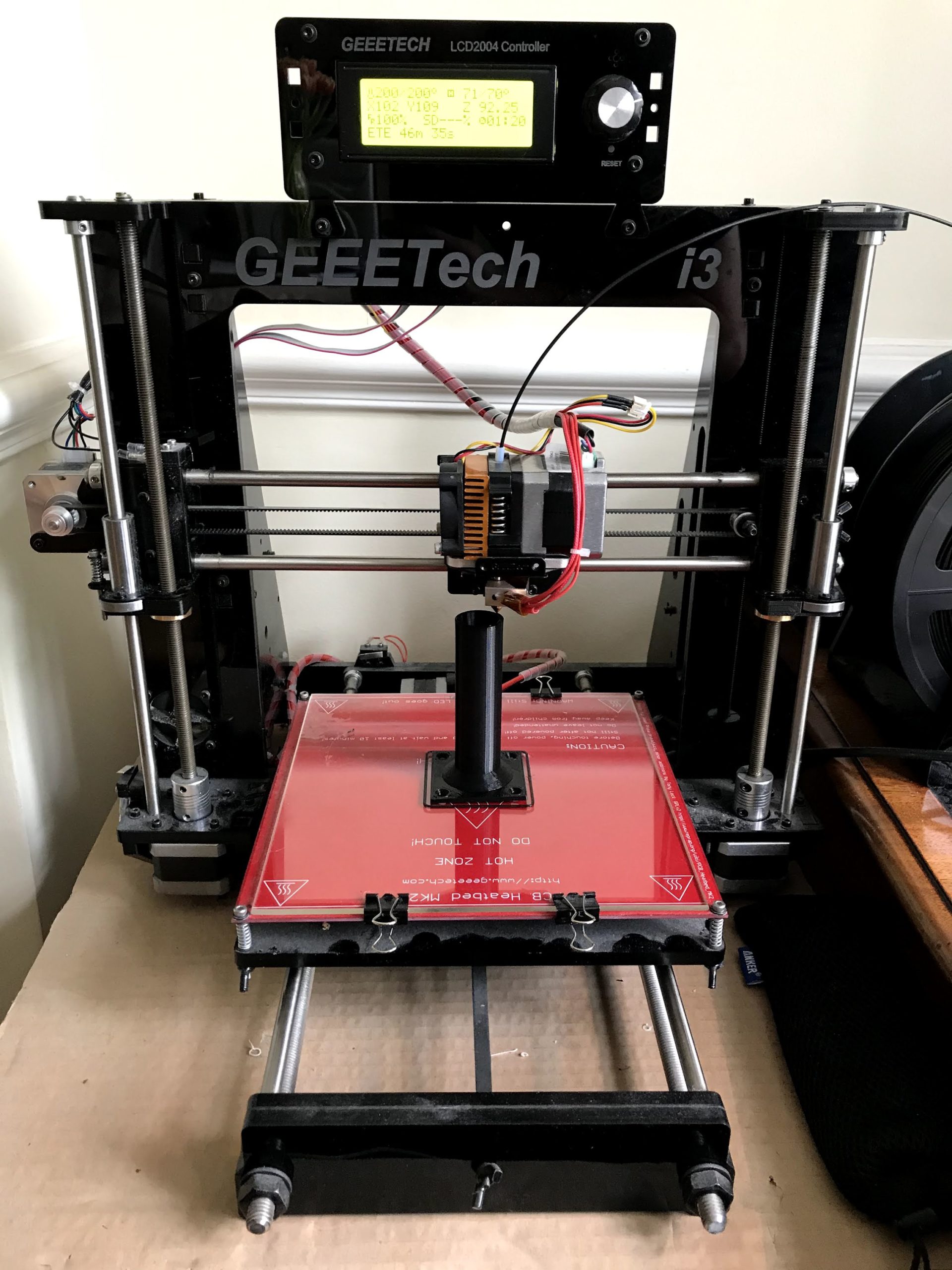 About three years ago I decided to give 3D printing a go. In this post I wanted to give you a quick overview of how to get started. Most importantly, you can have a lot of fun learning about additive manufacturing without spending a fortune.

UPDATE April 2020: You can help the Covid-19 crisis, by printing masks and protective equipment! Several examples are included below, but there are loads of other examples online.

Below are a few pics of things I’ve printed. I think you get the most fun out of it when you start designing and printing your own objects, however there are a number of platforms such as Thingiverse which offer a multitude of small platic objects that you can use to clutter up your house.

All that is required is for the printer to literally squidge out molten plastic, layer upon layer, until a new object is formed. This is why 3D printed objects often have horizontal lines when you look at them closely.

There are a wide range of key benefits: the ability to create complex shapes that are difficult to print using standard subtractive manufacturing processes (particularly important in generative design), less material wastage, and the ability to create 3D objects without expensive CNC equipment that is generally only found in a workshop.

Down-sides include slow printing times making it less suitable for mass-production, limitations in the number of materials that can be used, as well as weakenesses associated with how the materials combined.

This isn’t a review of all of the different 3D printers out there. However when selecting a printer, here area things you may want to consider, and my suggested answer.

A quick search on Amazon uncovered a few options, many of which were ‘unassembled’. The image to the right shows the model I went for, and is still trending at #2 on Amazon: the “Geeetech Acrylic Prusa i3 pro B”.

So, I forked out, and a large box arrived a few days later. The image to the left shows what arrived. Yikes!

So, it turns out that ‘self assembly’ really is self assembly! To be honest I was already mentally prepared, as reviews generally indicated that assembly of the printer took around 8-9 hours.

It did, however, come with relatively clear instructions, which can be found here. It’s not the simplest build I’ve ever completed, but it’s not too bad as long as you follow the instructions to the letter, prep the materials carefully and take your time. Some electrical wiring is required, but it’s mainly limited to plugging in wires into labelled sockets. Note there is a small amount of ‘mains power’ work, although if you follow the instructions you should be fine. It comes with all the screwdrivers and tools you need; it turned out I also needed a hammer, but that’s shouldn’t normally be required ;).

Below I’ve added a series of photos that I took during the build. I’ve added captions to each explaining what you’re seeing, which you can view if you click on them.

Recommendations if you choose to buy one

If you attempt to build this, or another 3D printer, my key lessons learnt are as follows:

Once you’ve put the printer together, you’ll want to start printing. The printer comes with some instructions for this, and I found the default settings worked pretty much out of the box with surprisingly minimal fiddling.

The software that comes with the printer is called Repetier Host. It’s a very well designed piece of software that integrates extremely well to the printer’s firmware. You can even save prints to an SD card to allow the printer to print without being tethered to a computer.

In order to print, you simply need to following the procedure below:

Taking your printer to the next level: modding!

The great thing about these ‘Reprap’ design printers is that you can make modifications to the design quite easily: simply by unscrewing elements and then replacing them with new improved designs. I have made a number of modifications to the original design that have significantly improved the print quality. I will cover these off in another post at some point.

I hope you found this blog helpful – if you’re interested in building a printer, please do contact me by leaving a comment below, and I’d be very happy to offer advice and guidance based on my experience.

An innovator, pilot, marksman and technology consultant. I love making things and bringing the art of the possible to life for others. 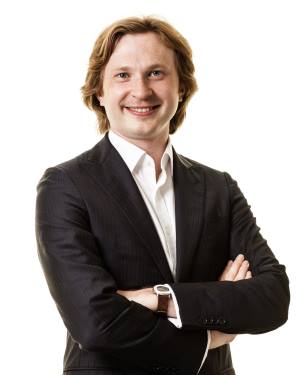 Hi, I'm Oliver Spencer, an innovation consultant with over a decade of experience in developing new business propositions and leading complex technology projects across a range of sectors, including financial services, public sector, commercial aviation and defence.

This site is dedicated to some of the things I do in my free time, including technology, international level target rifle shooting and flying small aircraft.

8th May 2020 Update: My website is now live! You'll see there aren't many posts yet, however please do stay tuned as I have got a few lined up and will be releasing them over the coming months.

Some of my recent posts